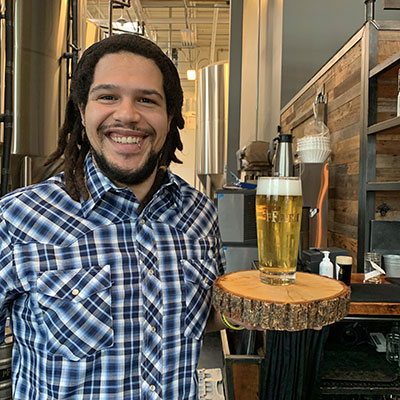 Specialty: Belgian style beer inspired by a commitment to excellence, family, community, and the environment.

pFriem Family Brewers is the brainchild of three guys, after a chance meeting at a birthday party, whose love of beer, family, and the Columbia River gorge evolved into an award-winning craft brewery located in Hood River, Oregon. Pfriem brews over 100 different beers annually, Their IPA and Pilsner are available year-round and were recently released in cans. The Belgian brewing style heavily influences their other offerings that rotate seasonally and are available widely in Washington and Oregon, with limited distribution in California, Nevada, and Vancouver BC. A visit to the riverside tasting room is also suggested as some brews are only available there. Stellar food awaits visitors along with a peak of the brewing operations and outside seating. A second production and warehousing facility is in the works in the Cascade Locks area.

Pfriem has racked up many international and national awards, too many to list. Their 2108 Great American Beer Festival Mid-Size Brewery of the Year win is a pretty big deal.

The “P” is silent! It is an unusual name for sure and hard to pronounce, but the name selection was intentional. “There is a part of Josh Pfriem in every glass of Pfriem Beer he produces, and like the names of other company founders, Pfriem stands for something – a system of values, a way of life and a code for living. Give it a try out loud… Pfriem (freem).