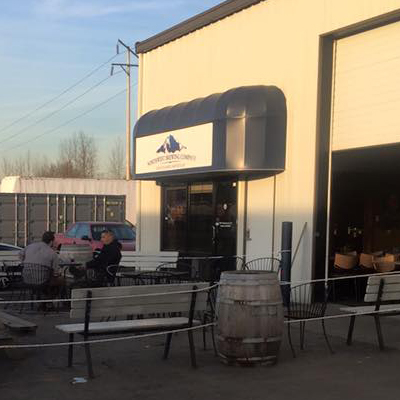 Originally known as Laughing Buddha, then rebranded as Trade Route Brewing, in 2012 Dan Anthony and Greg Steed purchased the brewery in Pacific, Washington and renamed it Northwest Brewing Company. Over their first five years, the brewery grew from 800 barrels a year to a touch under 7,000 barrels. Northwest Brewing was also the first in the state to brew hard root beer.

In 2017 the Pacific brewery and taproom closed and all brewing operations moved to Tukwilla’s Odin Brewing under an alternating proprietorship brewing agreement, using their own ingredients, personnel – even storage. The vision for this strategic move was to improve the quality of the beer and bring new product to the market in a more cost-effective and efficient manner. In 2020, Northwest opened Pint & Pie in the former Harmon Tap Room Tacoma location. Odin also opened a restaurant above where The Hub was located, and has future plans to brew on site as well.