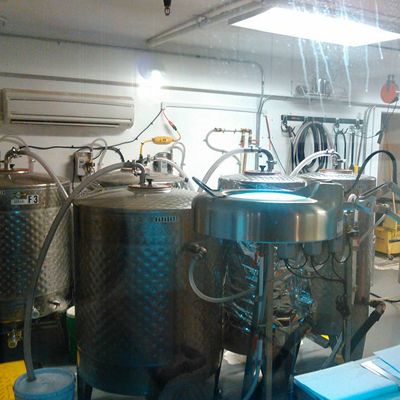 Specialty: “My wife’s favorite beer” a Belgian Wit to commemorate an anniversary in Paris.

Fox Island Brewing started as a 1.5 barrel system as a part-time gig in Dignam’s garage and has since been upgraded to a 3 barrel system. Their taproom opened in May of 2018 and became a full time concern known as FIB Tap – IN (Fox Island Brewing Taproom for Independent Nanos). The taproom serves local craft beer, cider, wine, spirits, gourmet hot dogs and other snacks.