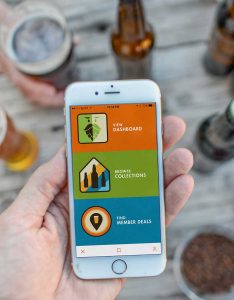 MORNING FOAM FOR FRIDAY, AUG. 26 2016: A seven-taster flight of craft beer news, from the fluffy head all the way to the bottom gunk. …

Lagunitas Brewing is coming to Seattle. will be taking over the old Hilliard’s brewery and tasting room space in Ballard with the existing brewing system and turning it into what they are calling for now the Lagunitas Taproom and Beer Sanctuary.

Brewing Local: American-Grown Beer by Stan Hieronymus — including a foreword by Dogfish Head’s Sam Calagione — gives an inside look at how traditional ingredients as well as cultivated and foraged flora produce beers that capture the essence of the place they were made — bringing a whole new meaning to “local flavor”.

CraftBeer.com’s annual fall seasonal picks has hit the Internets. On their list you’ll find plenty of hops and harvest ales, along with saisons full of barnyard funk. Sweet potatoes are another big trend they’re seeing with beers this season.

Firestone Walker’s Luponic Distortion revolving hop series hits its stride this month with the release of Revolution No. 003, marking the craft beer’s third release since its inaugural entry last spring.

What’s better than craft beer? Finding deals on craft beer. Meet Brew Guru™, a new app from the American Homebrewers Association. Brew Guru isn’t solely for homebrewers, either. The app will help beer lovers of all types find info about America’s small and independent breweries, and even sniff out ways you can save cash.

Ok, that’s about it folks. Slow craft beer news day. But, remember to attack the day like the dunker, and not the dunkee.