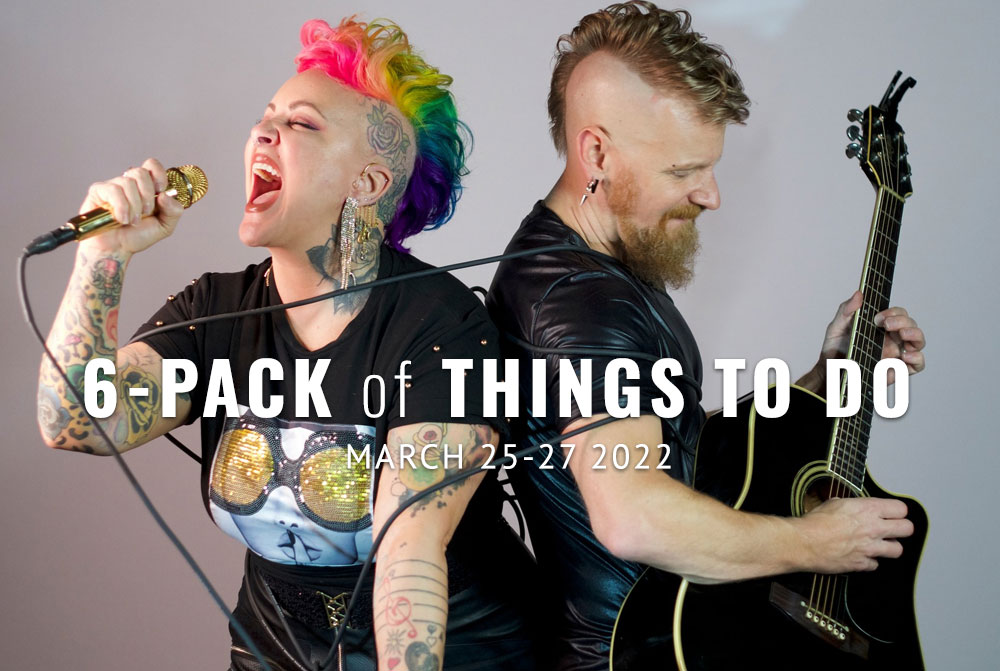 BEER FLIGHT: Equilibrium Brewery was started by MIT scientists Peter Oates and Ricardo Petroni who were working on remediation of the Hudson River in the early 2000s. They became water chemistry experts trained to take the bad stuff out of the water. On the side, they put good stuff into water and called it beer. The two professional scientists became obsessed with New England hazy IPAs burning a path to Hill Farmstead Brewery and The Alchemist. Finally purchasing a homebrewing kit, Oats and Petroni strived to create scientifically balanced beer, which they did before brewing their first double IPA, named EQM, in 2015. It didn’t hurt they were trained in water chemistry. Four years later, lines 300 deep stood before their door waiting for their latest release. Since then, they opened a second site in Middletown to brew more cult-classic hazy beers — beers they like to drink. Today, Peaks & Pints presents a to-go flight of Equilibrium beer — a flight we call Peaks and Pints Pilot Program: Beer Science On The Fly. 11 a.m. to 11 p.m. Friday, March 25, Peaks & Pints, 3816 N. 26th St., Tacoma

FILM: The Outfit is about an English tailor, Leonard Burling, and he has a giant pair of shears to prove it. He has a shop in 1950s Chicago, and he makes suits. Expensive suits, so the only people buying them are gangsters. Normally, Burling just keeps his head down and pays no mind to the men going to the black drop box in the back of his shop. But one night, everything changes. Head to The Grand Cinema to discover if anyone ends up in, er, cuffs. Stop by Peaks & Pints before the screening and enjoy Fast Fashion Brewing’s Pilsner. 11:50 a.m., 2:30, 5, and 7:45 p.m., Friday-Sunday, March 25-27, 606 S. Fawcett, Tacoma

MUSIC: Songwriter and scholar Julian Saporiti presents Jacobsen Series: No-No Boy (With Julian Saporiti), a multimedia concert illuminating topics around the Japanese American internment of WWII, the Vietnamese American refugee plight, and detention centers along the U.S.-Mexico border. This performance is the culmination of years of academic research, drawing upon his own family history. This event is sponsored by the Catharine Gould Chism Fund for the Humanities. 7:30 p.m., Friday, March 25, Schneebeck Concert Hall, University of Puget Sound, 1500 N. Warner, Tacoma, $15-$20, photograph by Diego Luis

CLASSICAL: Symphony Tacoma, Sarah Ioannides, conductor, present “Classics IV,” present an evening of classical piano music at the Pantages Theater Saturday night. The concert will feature piano solos by the rising young virtuosa, Pallavi Mahidhara, an Indian American pianist who made her orchestral debut at the age of 10, performing at the Ravinia Festival in Chicago. Praised for her unique artistry and charismatic stage presence, she has appeared in solo and orchestral concerts across five continents. The program will include Beethoven: Piano Concerto No. 4, David Ludwig’s The Bleeding Pines, and Beethoven: Fantasy for Piano, Chorus and Orchestra “Choral Fantasy.” 7:30 p.m., Saturday, March 26, Pantages Theater, Ninth and Broadway, Tacoma