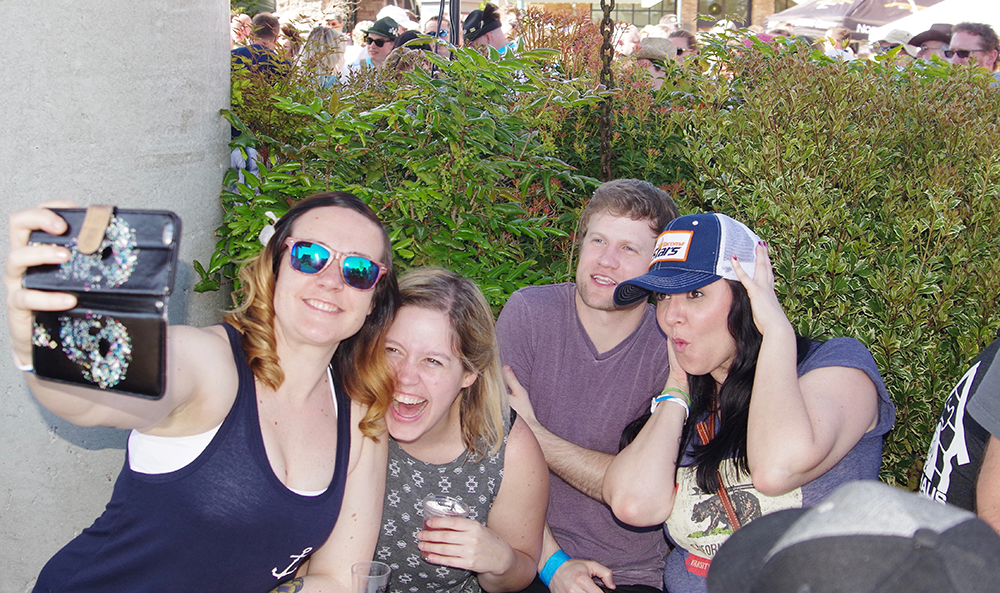 The weather is beautiful. It’s a sweltering 70 degrees — which is just about incomprehensible for a South Sounder living through this past winter — and we’re shuffling around the Uptown Gig Harbor Shopping Center with several hundred other lightly clothed beer tasters, shifting between booths emblazoned with names of the breweries Gig Harbor Brewing Co. founder John Fosberg has given the thumbs up to serve the unsunscreen’d masses at the 2017 Gig Harbor Beer Festival Saturday, May 21.

This festival is for those with a curious palate; for those who don’t shudder at the idea of not one, but four of the 23 breweries that have included raspberry-flavored beers in their offerings, and for those who can weather sipping an imperial stout in torrid heat. This event is for those who enjoy sipping blondes, wits and red ales while watching blondes lose their wits as their skin turns red. Since it’s always the first outdoor craft beer festival in the region people cut loose and, well, have fun.

It’s hot, by this year’s standards — did we mention that? — But all of us scavengers in the crowd are still here seeking the next brewery-to-know (Bent Bine Brewing Co.?), and the best beer to brag about tasting to our friends. Although there aren’t many new beers, we did find a couple in between IPA sips of Fremont’s The Sister, 7 Seas Ballz Deep, Top Rung’s Shift Trade, Harmon’s Rajah’s Royal and Rainy Daze’s Goat Boater. Everett’s Lazy Boy Squeeze and Squirt IPA has a lovely citrus bit thanks to Lemondrop and Amarillo hops. The RAM’s wacky Kray Kray Spring Ale is probably a one-time delight as the brewery dumped a ton fruit extract samples into the golden ale and scored. Wet Coast changed its Line Jumper IPA recipe for sweet, fruity flavor of caramel and hops with notes of flowers and pine needles.

And, of course, Rainy Daze’s Mind Funk is back messing with people’s minds as the oatmeal pale that drinks like a stout awaits to see if it is chosen as the festival crowd favorite again.

Singer/songwriter Kristen Marlo, Cottonwood Cutups and Sounds Like Dolores brought out the interesting dance moves in the crowd.

By the end of the Sounds Like Dolores set, though the sun is still ablaze, the weather doesn’t matter. Booths close as the taps run dry and the exhausted and contented revelers float out the shopping center. The Gig Harbor Beer Festival is an all-encompassing sensory overload, and a well organized, although cramped bacchanalia. Most importantly, it launches the summer craft drinking season.