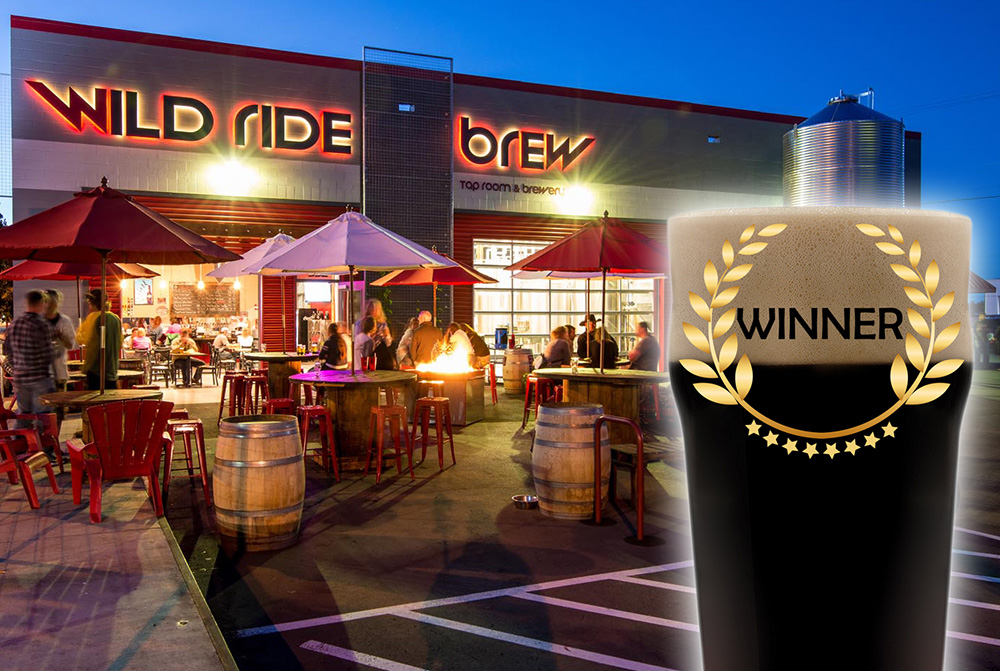 For the last two weeks we presented you with a compelling question: what is the best porter in the Pacific Northwest? And you have responded in multitudes. Sick days have been used. Friendships have fallen apart. Malt house employees and hop farm employees living together — mass hysteria!

We’re deep into the Tournament of Beer: Northwest Porters Second Round with porters poised to make the final push to the Fermentation Four, which will begin April 27. What’s on the line? The winning brewery receives a permanent spot on Peaks and Pints Western red cedar tap log through the summer.

So, read up on yesterday’s action, and then vote on the four games today. It’s in your hands, mouth and stomach, folks. Do Peaks and Pints proud.

As Dionne Warwick and friends were singing “That’s What Friends Are For” Holly Ihrig began her stint at Microsoft before the software company went public. Ihrig worked with Bill and Paul before retiring as senior consultant in 2012 so she and husband, Mark, could focus on doing something together: Sumerian Brewing Co. Holly learned a thing or two about marketing, communication and planning over the years, skills clearly shown in her brewery’s quick rise to greatness, and her Robust Porter grabbing 64 percent of the vote win over the outstanding Stoup Robust Porter. Impressive win.

The Tournament of Beer can be brutish and short. One cold brewing day can destroy the title dreams of even the best mash tun paddle person. So when filling out your bracket, put value in experience. Those who have made it far in beer tournaments are more consistent and less prone to dropping a bucket of hops or forgetting the Chocolate malt. Rainy Daze Brewing won last year’s Tournament of Beer: Washington State IPAs. It shows in how founder and head brewer Mike Montoney carries himself through the tournament. We’re certain Wander Brewing doesn’t give a crap about experience. The popular Bellingham brewery is chill, with the current Bellingham Beer week on the brain. This all played out yesterday with Sunrise Coffee Porter walking away with 71 percent of the vote and a date with Sumerian Robust Porter in the Sweet Saccharification 16.

There are a few things you just don’t say to Mad Swede Brewing Co. brewer. You don’t say, “I bet you just sit around eating candied goat intestines all day.” “Don’t you MISS wreaking havoc and instilling fear into an entire population?” is also not a thing to ask. And, certainly don’t ask, “Isn’t this a waste of your degrees in Maritime Domination and Foe Vanquishing?” We’re not sure what Crooked Fence Brewing personnel said to their competition yesterday, but if they did make Viking jokes, it backfired. Mad Swede’s Brynhildr Robust Porter forges ahead with 67 percent of the vote.

It isn’t certain the patrons of Ecliptic Brewing knew the Oregon brewery was in the Tournament of Beer: Northwest Porters. Ecliptic’s Facebook is all about the brewery’s Space Tacos Fiesta and release of their MoonBase Blood Orange Saison. Wild Ride Brewing knows they’re in, and received remarkable play from their Nut Crusher Peanut Butter Porter. With 65 percent of the vote, Nut Crusher moves into the Sweet Saccharification 16 to take on Crooked Fence Brewing’s 3 Picket Porter.

Let’s weed through the malts. The following are advancing to the

If you have been walking around Seattle the last couple days you may have notice more than normal curse words. The colorful language isn’t aimed at streetcar expansion projects but rather in support for Schooner Exact Brewing’s Profanity Hill Porter. The south Seattle brewery has been on Seattleites’ lips after beating Holy Mountain’s Sunless Year Baltic Porter in the First Round. Today, it’s another tough challenge — the multi-award-winning Robust Porter from Reuben’s Brews. Schooner Exact might have to pull out the granddaddy of all swear words for this game.

These two Tacoma porters have dedicated fans. Both front busy streets. Both serve delicious porters. Both are friends. Wingman lives and breathes porters and its P-51 Peanut Butter Cup Porter, seeded number one, will be on full display at Wingman’s seventh anniversary party tomorrow. With more than a 100-year-old history, Pacific Brewing & Malting Co. brews Grit City Porter for the city it loves, and will continue loving when it opens a second location in the city’s Historic Brewery District. Will people wear a path on Dock Street traveling between the two breweries today?

Despite being in the bottom quarter of states based on population, Idaho is ranked tenth in breweries per capita. Idaho’s robust agricultural industry has directly contributed to the expanding craft beer movement. Last year, Idaho overtook Oregon as the second highest producer of hops in the U.S. This, in combination with Idaho’s position as top producer of barley in the U.S. and commitment to clean water, allows the Gem State access to some of the best ingredients for creating premium craft beer. April is Idaho Craft Beer Month. Supported by Idaho Brewers United and Idaho Tourism, there are events statewide featuring Idaho-brewed craft beer to toast this burgeoning industry. Salmon River Brewing and Laughing Dog Brewing face off today with full state support. Let the voting frenzy begin!

These two popular Oregon breweries handily beat their competitors in the first round. Breakside has multiple locations, tons of medals, a couple 4,000 gallon horizontal lager making tanks and a beer list that is constantly changing and consistently intriguing. Fort George Brewery, which now occupies a full city block in downtown Astoria, is known worldwide for its stouts and accompany Festival of the Dark Arts, annual 3-Way IPA collaborations and a fresh-hop IPA that was one of the best in Oregon last year. We don’t have a prediction. 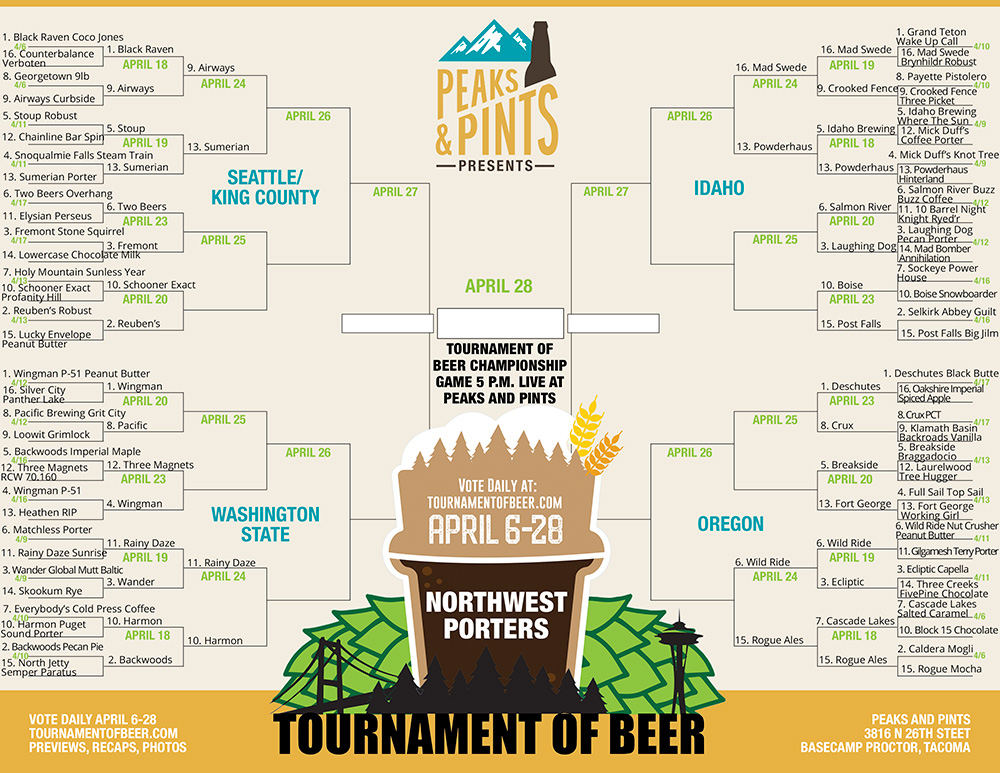