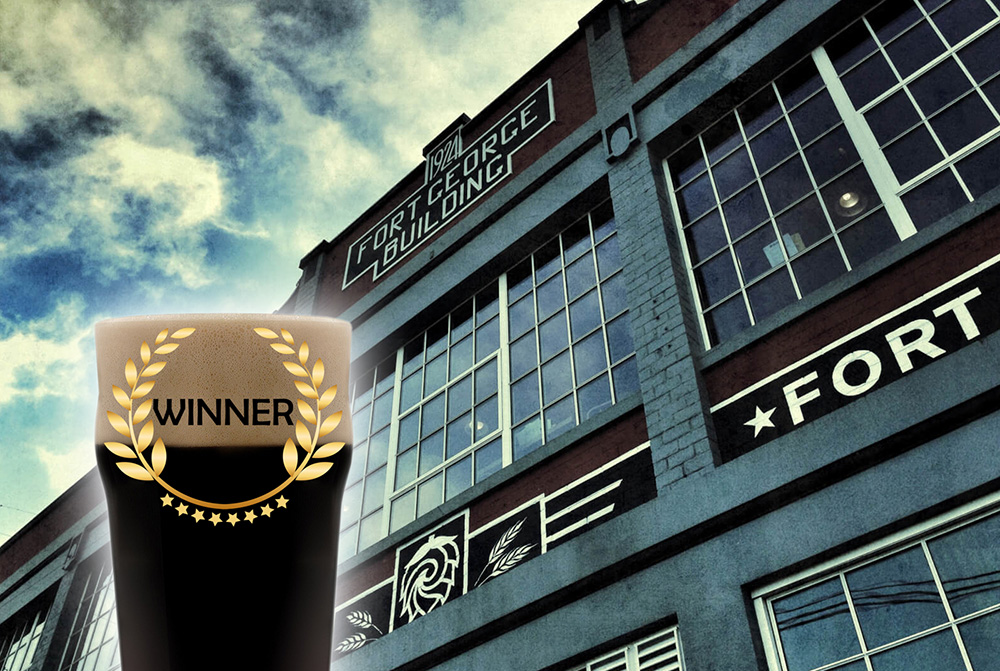 Over a three-week period, Peaks and Pints pits 64 of the Pacific Northwest’s best in a malt-to-malt battle of porters. This is a tournament, folks, not a playoff. Each match is do or die — one misstep and you’re out of the dance. Wort didn’t cool fast enough, left sediment in the conical fermenter too long, and you can pack your brewers paddle and go home. Sure, there are plenty of brewers wearing “Porter > Avocado Toast” T-shirts who can brew a mighty fine batch of porter. The Northwest’s finest porter purveyors brew it perfect every time.

The Tournament of Beer: Northwest Porters hosts competitions Monday through Friday up to the championship game Saturday, April 28 live at Peaks and Pints bottle shop, taproom and restaurant in Tacoma’s Proctor District. Without further ado, let’s take a gander at yesterday’s results. After the weekend break, eight new Northwest porters go at it around 9 a.m. Monday, April 16.

Below is a recap of yesterday’s action. Eight new porters will do battle Monday, April 16.

“Holy crap, we won!” Except the gang at Schooner Exact Brewing Co. didn’t say “crap.” Besides, they probably won’t swear when they discover their Profanity Hill Porter beat Holy Mountain’s Sunless Year barrel aged Baltic porter. After all, the South Seattle brewery has been brewing this delicious seven different malt, chocolate and walnuts flavored porter since it opened in 2012. Schooner Exact’s Profanity Hill Porter effing moves into the Second Round with 61 percent of the votes, although we didn’t say effing.

It wouldn’t have shocked us if Ben Edmunds very first homebrewed porter made the Tournament of Beer: Northwest Porters. His Braggadocio hasn’t been brewed for quite some time and not only did the public seed it high into this tournament but it also smoked the worthy and delicious Laurelwood Organic Tree Hugger Porter. That’s Breakside Brewery. It’s on fire with a ton of brewing medals and folks running to grab a pint of the brewery’s latest and greatest before it blows the keg in 20 minutes. The Braggadocio lives on, at least in the Tournament of Beer, with a whopping 77 percent of the vote and advancing to the Second Round.

The dreaded green pepper flavor (easily the most common off-flavor when tasting coffee beers) can wander in and straight up ruin our day. Almost as bad, to us, is when the brewer doesn’t go far enough and the coffee presence is nominal at best. Fort George’s Working Girl Porter works. Here’s how it works: The Astoria brewery takes its Panamax Porter and adds five pounds of Working Girl Coarse Ground coffee in the mash tune and kettle, creating a light coffee aroma. And oh girl, the coffee. Flavor is earthy and coffee-dominated. With additional hints of chocolate and rye malt, this porter is well balanced and fantastic at any point in the day. Working Girl Porter took the wind out of Full Sail’s Top Sail Porter, sailing into the Second Round with 71 percent of the vote.

OK, the Tournament of Beer: Northwest Porters picks back up Monday, April 16. Take the weekend to explore the participating porters. 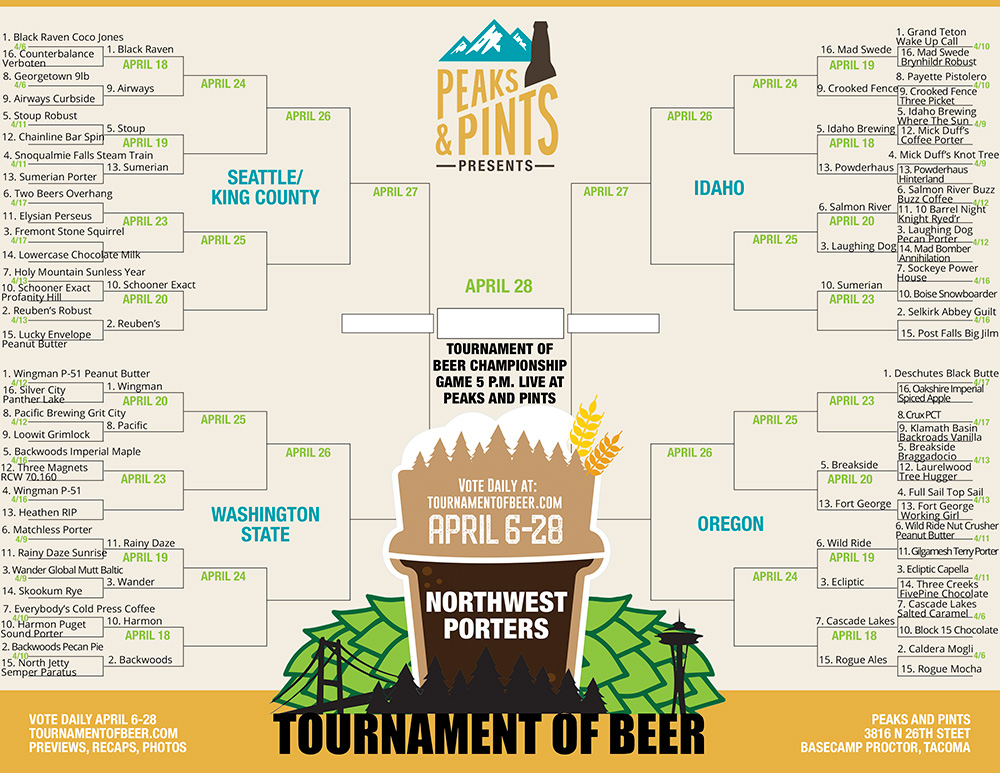