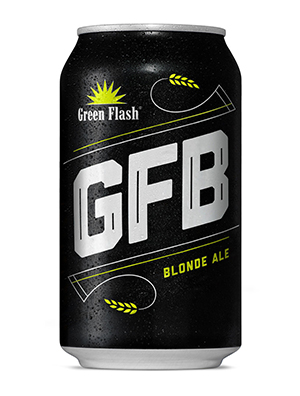 MORNING FOAM FOR MONDAY, JAN. 9 2017: A seven-taster flight of craft beer news, from the fluffy head all the way to the bottom quaffing. …

Bridgeport Brewing Company released Old Knucklehead Barley Wine No. 017 for the 17th consecutive year. Through its history this beer has featured prominent “knuckleheads” of Portland that include one of the city’s most famous mayors, Bud Clark and the beer’s 11th bottling featured legendary beer writer Fred Eckhardt. For the 17th version of Old Knucklehead, BridgePort brewed this beer using Caramel and dark-roasted 2-row malts along with a heavy dose of American hops, prominently featuring Chinooks. Then the beer was barrel aged in American White Oak that brings forth vanilla, toffee and rich cherry notes that balance the robust malt sweetness. Labeled as BridgePort’s “sipping” beer, it’s the perfect brew to really taste and enjoy the complex flavor profile.

Green Flash Brewing Co. announced plans for their 2017 product lineup. Hop heavyweight and cult-favorite, Palate Wrecker Imperial IPA will be returning, available in 6-packs and on draft beginning in February for a limited time. The brand has also introduce GFB Blonde Ale — a crowd-pleasing and drinkable new option which is available on draft now, followed by cans in the Spring, with plans to release bottles in 2018. Green Flash is now producing and shipping beers from both the San Diego and Virginia Beach breweries. They will continue production of all front-line beers released in 2016, as well as rotate several new limited-release offerings into the mix from Green Flash Cellar 3 throughout 2017.

What’s old is new. Coolships (koelschips in Flemish), dating back for centuries, are appearing in a growing number of craft breweries in what may be a mini-coolship fever, propelled by the explosion of interest in Belgian brewing styles and a harkening back to traditional brewing.

Throw the beer, catch the beer, drink the beer. Those are the simple rules of the best apres ski drinking game known to mankind. One occasion where Craft Beer steps aside for a domestic! Have any of you quaffed?