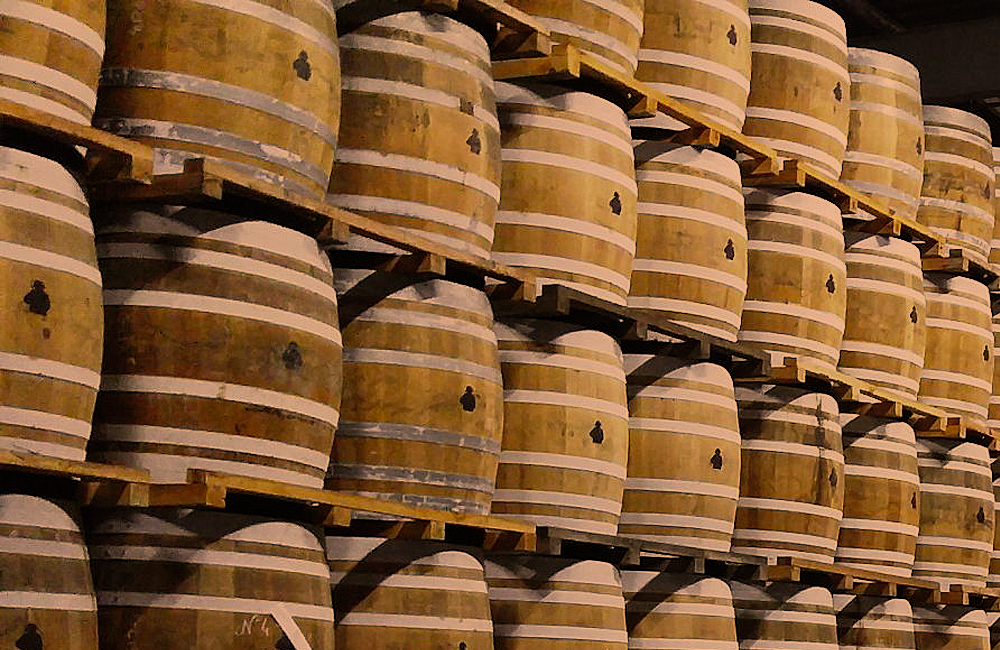 In the craft beer scene, anything barrel-aged is going gangbusters these days. Wood slowly imbues liquids with all manner of nuance and complexity, so it’s easy to understand why it would appeal to the high-minded connoisseur. But even for the casual drinker, the chill of late autumn signals a sensible time to explore these elegant expressions. The types of beer that stand up to months of rest in the barrel tend to be fuller in body, lengthier in flavor — the type of grog that warms your bones, and soothes your soul.

For a prime example of barrel-aged goodness, drop by Peaks and Pints’ “We’re pFrieming of a Craft Christmas” at 6 p.m. Thursday, Dec. 1 and enjoy a snifter of pFriem Family Brewers’ Cognac Barrel Aged Belgian Dark. That’s right, as part of an exceptional craft beer night — Flanders Blonde, Kumquat Farmhouse Ale, Belgian Xmas Strong Ale and Dry Irish Stout — you may sip this Belgian-style ale aged in Courvoisier Cognac barrels. Although the most popular varieties tend to involve ex-bourbon barrels, aged beer can spend time in all sorts of vessels; used rum puncheons, sherry casks, rye, and scotch tuns are obvious examples. In the case of pFriem Cognac Barrel Aged Belgian Dark, pFriem brewers elected to sit their Belgian-style ale in Courvoisier Cognac barrels that previously housed distilled wine made from Ugni Blanc. Before it slumbered for a year, a Belgian yeast strain was added to the mix, insuring that the liquid made with pilsner malt, Dark Belgian Candi Sugar and Tettnang, Perle and Styrian Golding Celeia hops inside evolved gently with time. After it’s departure from the barrel, the delicate ester-rich fruit notes, typical to a Trappist beer, remained in tact, but they wrapped in a warm spice blanket. The 10.3% ABV beer offers a pleasing degree of toffee, ripe plumb, Sherry, cinnamon, clove and nutmeg, with a bright finish and a touch of warm cherries.

To read an interview with pFriem farmer Matt Kotwasinski and his thoughts on the pFriem Flanders Blonde, click here.