SARAH JANE: Beginning April 14, we’ll cut the field of 64 Northwest brewed double IPAs to 32. April 20, it’ll drop to the sweet 16. Two days later, the Great Eight, then the Final Four and April 24 we’ll announced the winner of Peaks and Pints Tournament of Beer: NW Double IPAs — picked by you, of course, through online voting. Because of COVID, we’re not handing out paper ballots at the Championship Party; instead, we’ll end online voting at 8 p.m. and announced the winner soon after. Be sure to reserve your table Saturday, April 24, as the remaining two double IPAs will be flowing from our Western red cedar tap log.

ERIN: That’s all fine and dandy, but it’s Saturday and you don’t have time for our idle chitchat. You need to start whittling away at our 6-Pack of Things To Do today. OK, OK, here are yesterday’s results. The action will continue Monday, April 12, with eight new double IPAs doing battle.

SARAH JANE: These two Seattle breweries traded Citra shots all day until around 9 p.m. when Georgetown let the cats out. The national rankings, the national awards, the band The National — it didn’t matter down the final stretch. It came down how each brewery managed the Citra hops.

ERIN: That’s right! Both double IPAs rely heavily on Citra. I don’t know how to hopsplain it any better than Meowsa was the cat’s meow yesterday, edging out Hopsplainer by 20 votes. Meowsa walks on its toes into the Second Round.

ERIN: They did. It’s a delicious, successful hazy IPA series, and Double Crush came out swinging with the Citra hops and juicy body.

SARAH JANE: Seapine’s Rainbow Suspenders is one of our best-selling double IPAs, and their sales director Steve Little dropped by for a cheer session, but it wasn’t enough to oust one of the best beer series in the state. Double Crush grabbed 65 percent of the vote and moves into the Second Round to take on Georgetown’s Meowsa. 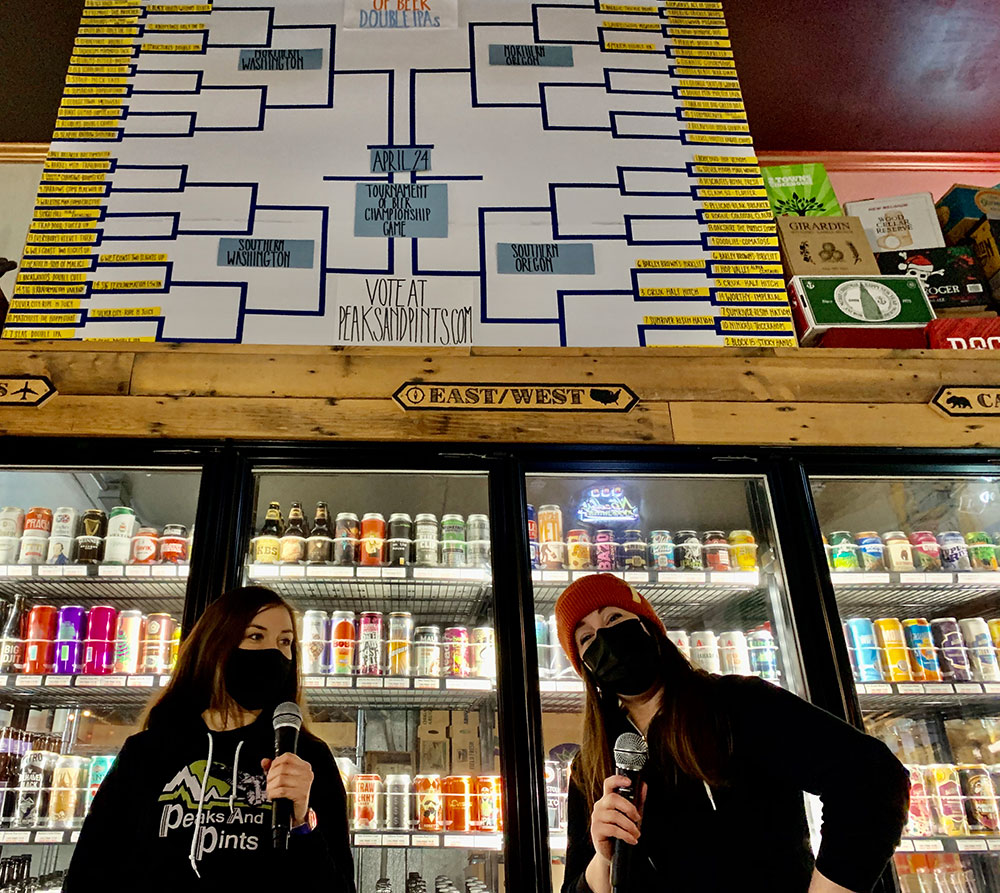 ERIN: Pelican and Rogue have been marketing hard their respective double IPAs. Pelican has been running Beak Breaker ads on KZOK 102.5 FM for a couple months, as well as heavy social media promotion — including a shout-out to vote in this Tournament. Rogue has been pushing Colossal hard too, with a Monsters of IPA Animated Series campaign and store promotions. Rogue placed second in the Tournament of Porters. Pelican placed first in the Tournament of West Coast Flagships. Both have numerous taprooms. We can’t explain why Pelican broke Rogue Colossal Claude’s beak with 63 percent of the vote. No doubt Tournament of Beer historians will have their say some day.

SARAH JANE: Let’s just say GoodLife Comatose awoke and unleashed a storm on Oakshire grabbing 68 percent of the vote and plans on ruining Pelican’s good life in the Second Round.

ERIN: Let’s weed through the hops. The following are advancing to the Second Round: 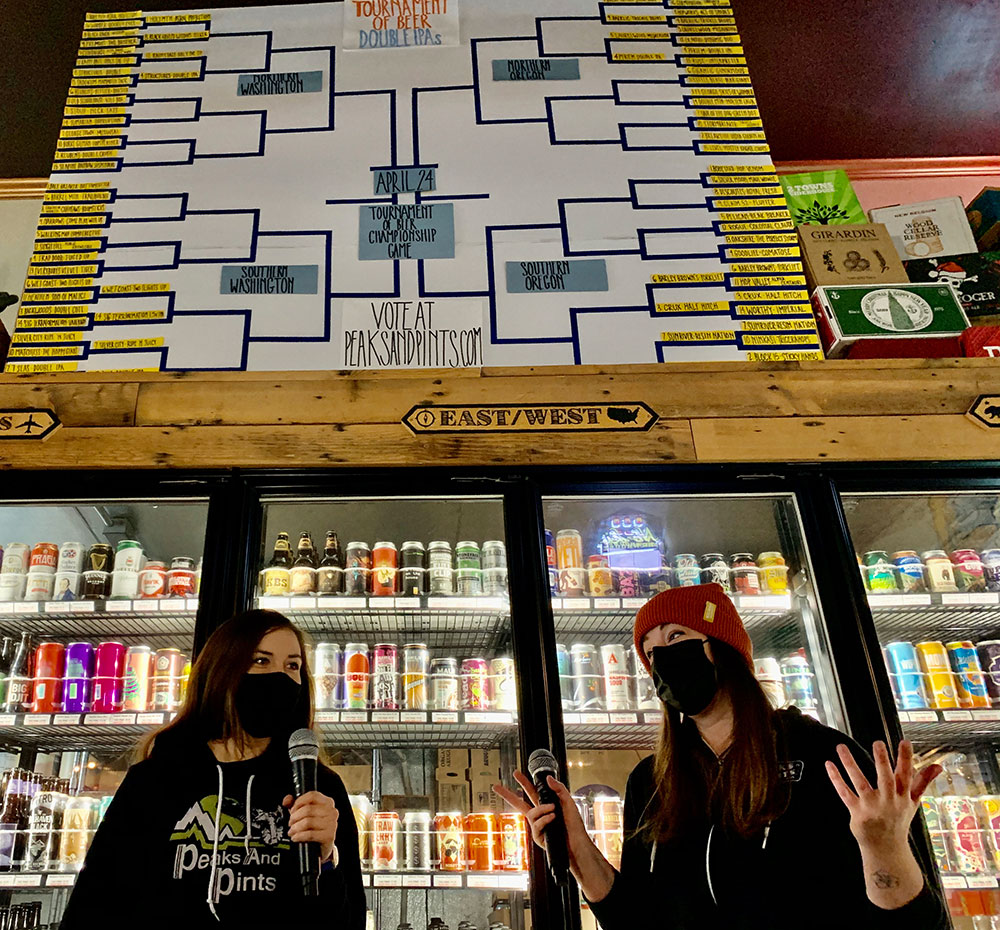 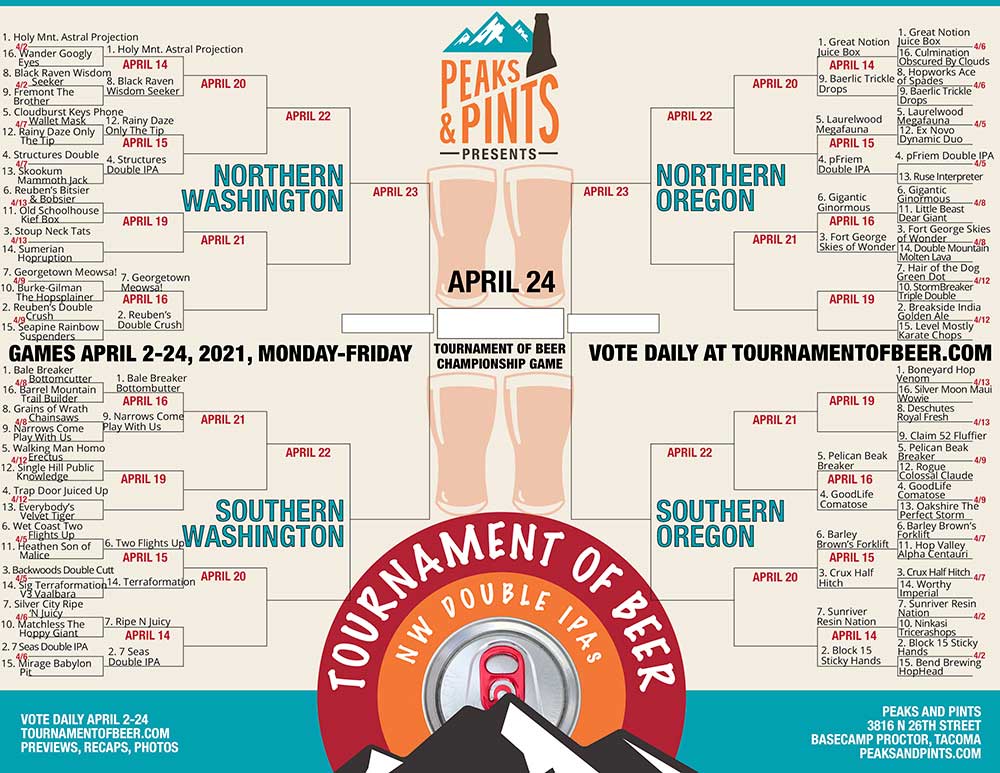