Peaks and Pints Pilot Program: Reuben’s Brews On The Fly

Englishman Adam Robbings’ beer recipes had much success at homebrew competitions, including winning the silver medal at the National Homebrewing Competition in 2012, and his talent, along with a Kickstarter campaign that raised close to $11,000, eventually earned him, and his wife Grace, their own brewery — Reuben’s Brews officially opened in Seattle’s Ballard district in August 2012, which they named after their son, Reuben. Since then, the team has accrued an astounding number of accolades, including more World Beer Cup medals than you have fingers and toes. Today, Peaks & Pints presents a to-go flight of Reuben’s beers — a flight we’re calling Peaks and Pints Pilot Program: Reuben’s Brews On The Fly. Happy 10th Anniversary Reuben’s! 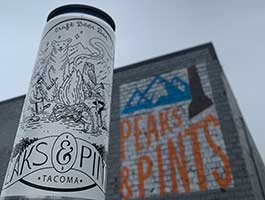 Peaks and Pints Pilot Program: Reuben’s Brews On The Fly 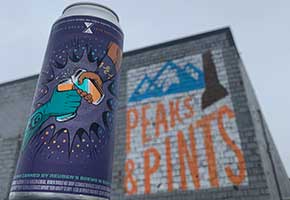 Reuben’s Brews celebrates their 10th anniversary with 10 collaborations with important breweries, accounts, and individuals who have been critical to their success, and are releasing one collaboration each month. First up is a hug with fellow Seattle brewery Georgetown Brewing over Metamodern PNW Amber Ale a hoppy red ale. “Experience this meta take on what an amber ale could be if it was the dominant style of our era,” states Metamodern hype. 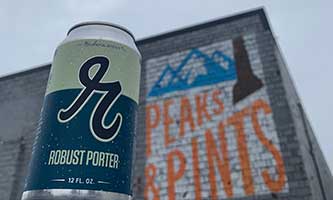 Adam Robbings developed his Robust Porter recipe using British malts particular to Windsor, about 25 miles west of London, where he grew up. Eight different grains are used to create this multiple award-winning beer, pouring a deep brown with a creamy tan head like it has some weight. Roast malts are the star in both aroma and flavor that’s nutty and slightly sweet with an espresso bitterness balanced by a touch of creamy vanilla, chocolate, and caramel sweetness, without being cloying or off putting. 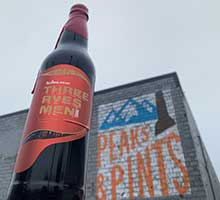 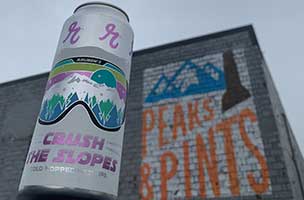 Cold IPAs seem to be a “hot” trend. They are made by taking an IPA and fermenting it with lager yeast at colder temperatures than would be used to make an ale. This can make them cleaner, with sharper hop character. Reuben’s version, Crush The Slopes Hazy IPA, has a massive run of hops all hitting this beer on the cold side, providing a theoretical IBU of zero and extra expressiveness on the nose and special full-bodied juiciness. 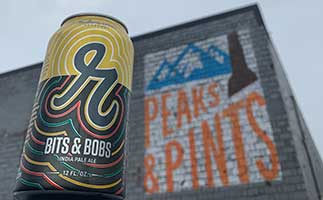