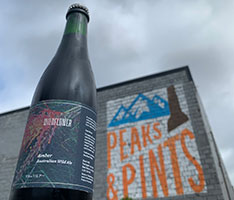 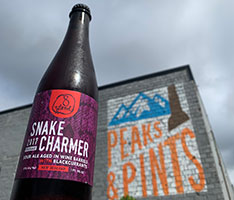 NEW ZEALAND: Four years after his wife, Monique, gave him a homebrew kit for Christmas, Søren Eriksen moved the family from Western Australia to New Zealand to start 8 Wired Brewing in 2009. After five years of contract brewing, at four different breweries across New Zealand, the Eriksens built their own brewery in Warkworth, North of Auckland. Their Snake Chamer is a sour ale brewed the traditional way, then aged in Pinot Noir barrels for 2 years with blackcurrants and a bunch of microbes, creating a complex melange of funk, fruit, and tartness. 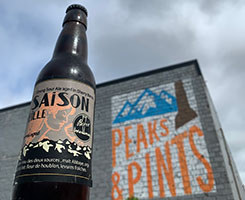 SWITZERLAND: In 2003, after 18 months of homebrewing, Raphaël Mettler purchased a brewing plant from Kaspar Schulz in Germany. He named the brewery Trois Dames in dedication of the three ladies who tolerated his homebrewing: Sylvie, Raphaël’s wife, and Julie and Elise, their two daughters. His Vieille Saison is a strong sour ale with Brettanomyces, brewed with Abbey malts, fermented in a wine foudre, and aged in Jerez barrels in the Trois Dames cellar with house yeast for one year. Breathing in Trois Dames Vieille Saison we find a slight funk, slight citrus, but plenty of sherry oak, sour grapes, and a clove-like spice. Taste mirrors nose at times as the aromas and flavors change as it warms. Grapefruit, for one, comes forward after a while, replacing what little funk there was, but the oak still stands firm. 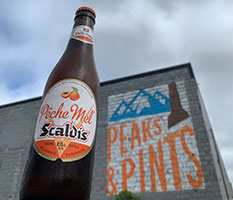 BELGIUM: Where the strongest Belgian beer and the taste of peaches come together — Brasserie Dubuisson Pêche Mel Scaldis was born as a popular student cocktail. Now, it is a combination of the Scaldis Amber and a peach beer. The natural aromas of the peach extracts mingle well with the hoppy bitterness of the Scaldis Amber. A sweet initial taste of peaches, soon developing with those characteristic Scaldis yeast flavors, all riding along on a firm body. The impression left is of a balanced fruit beer that tastes full in the mouth, gifting both palate and nose with lingering notes of peach. 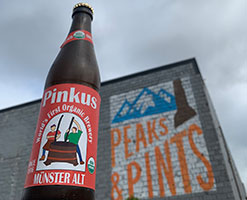 GERMANY: Pinkus Müller is a German brewery based in the northern German town of Münster. The Pinkus-Müller brewery traces its origins to the arrival of Johannes Müller (1792–1870) in Münster from his hometown of Hildebrandshausen in 1816. After marrying Friederika Cramer they opened a bakery and a brewery. In 1866 the bakery was closed and a malthouse was opened instead. In the following hundred years the brewery and the pub were expanded. In 1993, a bottling plant was opened in the neighboring city of Laer.  It is the only brewery left in Münster from original 150 breweries. Made of organic country malt, top-fermenting yeast, natural hops and first-class brewing water in long-proven brewing procedure, strictly after the German purity requirement, Münster Alt hits the nose and tongue with flora, herbs, caramel, and malt. 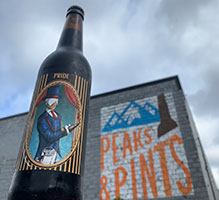 DENMARK: Pride is an imperial stout from Danish brewer Amager Bryghus’ Sinner Series, in which each beer corresponds to one of the seven deadly sins. And Pride certainly lives up to its name. Amager brewers are proud they boiled the imperial stout for 6 hours, making for a richer and fuller version. They take great pride in the aroma of toasted dark chocolate, licorice, and dried fruits, which transfers to the flavor, but with coffee and more dried fruits. 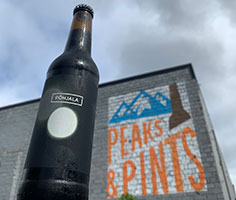 ESTONIA: Põhjala Brewery’s Öö Imperial Baltic Porter hits the nose with clean burnt sugar, immediately giving way to rich dark fruits – plums, raisin, and fresh cranberries. Eventually, a roasted smokiness emerges, like a distant bonfire on the horizon. Initially the espresso-like acidity is balanced by a sweet taste of caramelized toffee. As your glass warms up you should expect to taste redcurrant, mixed with a dark chocolate, washed down with a slight alcoholic warmth. 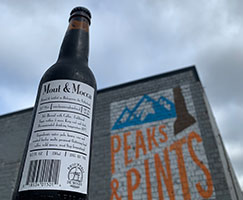 THE NETHERLANDS: Brewer Menno Olivier brough 12 years of experience to his Brouwerij De Molen, which translates to “The Mill Brewery” as the operation is located in a 300-year-old windmill. He began brewing in his kitchen as a hobby, went on to brew in Westmaas and Amsterdam, and then served as master brewer of De Pelgrim, a Rotterdam city brewery. His Mout & Mocca, translating to English as Malt & Mocha, is a coffee Russian imperial stout with biscuit malt, some chocolate, leather, and light coffee on the nose. The taste follows the nose leading with coffee and dark chocolate and ending bitter. 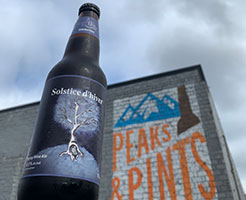 CANADA: Brasserie Dieu du Ciel!, the tiny brewpub at the edge of Montréal’s city center, is a common exclamation, meaning “God in Heaven!” more or less, which is undoubtedly the politest oath you are likely to hear in Montréal — a city with a well-known penchant for turning religious sentiments into profanity. The brewery’s holiday Solstice d’Hiver barleywine is delicately sweet and liquor-like with a hint of burnt caramel coming from the malt and a prolonged boiling time. It is a very bitter beer with aromas of hops and alcohol, and flavors reminiscent of red fruit brought by the English-type yeast they use to ferment it. The aftertaste is accentuated by the wonderful flavor of hops. 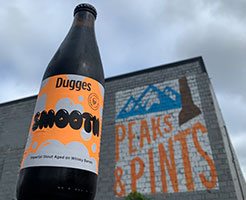 SWEDEN: In 2005, Mikael Dugge Engström opened Dugges Ale & Porterbryggeri (Porter Brewery) in Landvetter outside Gothenburg, Sweden. Today, Dugges Bryggeri is on the top one hundred brewers in the world list, which isn’t a surprise since they brew some absolutely phenomenal, world-class beers including Smooth, an imperial stout that Engström let rest on two different types of Swedish High Coast Whisky oak barrels. A few of the barrels were peaty and the others, you guessed it, smooth. It hits the nose with chocolate, booze, malt, wood, and caramel. On the tongue, expect a decent amount of malt, subtle caramel notes, a good shot of whiskey, a fair amount of chocolate with mild peat and oak on the finish.