Peaks and Pints Pilot Program: Georgetown Neighborhood On the Fly

There was a day when Seattle’s Georgetown neighborhood wasn’t as hip. A neighborhood geographically disconnected from the rest of the city, Georgetown was populated mostly with dives and holes in the wall. And it was industrial ― a hub for trucking companies and design wholesalers with fossil fuels and train tracks thrown in. Seattleites already had hip and happening Belltown and Ballard; they weren’t about hang in Georgetown. But then something unexpected happened: big name culinary icons and established brands moved in to set up shop in Georgetown. The breweries followed, led by Georgetown Brewing. Today, among the vintage shops, music stores and first-rate comic book retailers, Georgetown is the home to notable craft breweries. Peaks and Pints salutes the neighborhood with a to-go flight of beers born there — a flight we call Peaks and Pints Pilot Program: Georgetown Neighborhood On the Fly.

Peaks and Pints Pilot Program: Georgetown Neighborhood On the Fly 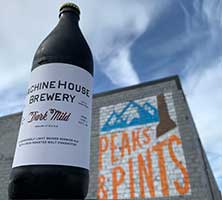 Machine House Brewery, founded in Georgetown in 2013, brews excellent cask ales, which are naturally re-fermented in the serving vessel and therefore don’t carry the hefty artificial fizz of most modern beers. The cool “cellar temperature” they’re served at also means these beers aren’t ice-cold, which can put off unfamiliar drinkers but also allows fuller flavors and aromas to express themselves. That’s all fine and dandy, but Peaks and Pints also has their traditional English Dark Mild in our cooler. While it’s mild in ABV and mild in hop bitterness and aroma, it’s their most full flavored and drinkable ale with rich, chocolate flavor. 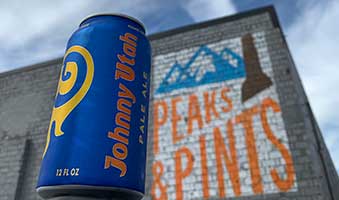 Georgetown Brewing Co. was founded in 2002 by Manny Chao and Roger Bialous. Chao was one of the original employees of Mac & Jack’s Brewing Co. Georgetown Brewing was originally located in a space at the historic Seattle Brewing and Malting Plant, where Rainier Beer was once produced. The company relocated to a larger Georgetown neighborhood space in 2008 to increase capacity. The craft beer equivalent of jumping out of an airplane without a parachute, this single hop Pale Ale surfs Citra hops. Dude, expect pronounced grapefruit and pine flavors with a faint grass note, obvs. 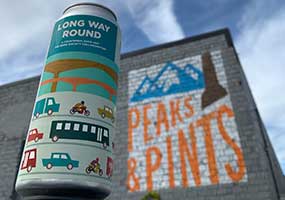 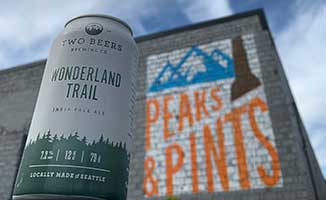 After a little more than a year in business, with sales tripling in less than a year, Joel VandenBrink moved his tiny Two Beers Brewing out of Seattle’s Fremont neighborhood and into a 2,400 sq. ft. building in-between the SoDo and Georgetown neighborhood, tucked in a row of warehouses. VandenBrink, an avid hiker, brewed Wonderland Trail IPA after he completed the trail around Mt. Rainier. It’s the Seattle brewery’s first foray into the West Coast-style, a light bodied IPA complemented by 2-Row, Vienna and Munich malts while featuring a seamless blend of Washington-grown Amarillo, Citra, Mosaic and Cascade hops. Expect a slightly sweet aroma of tangerine followed by a wave of citrus and passion fruit. 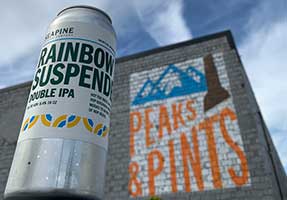