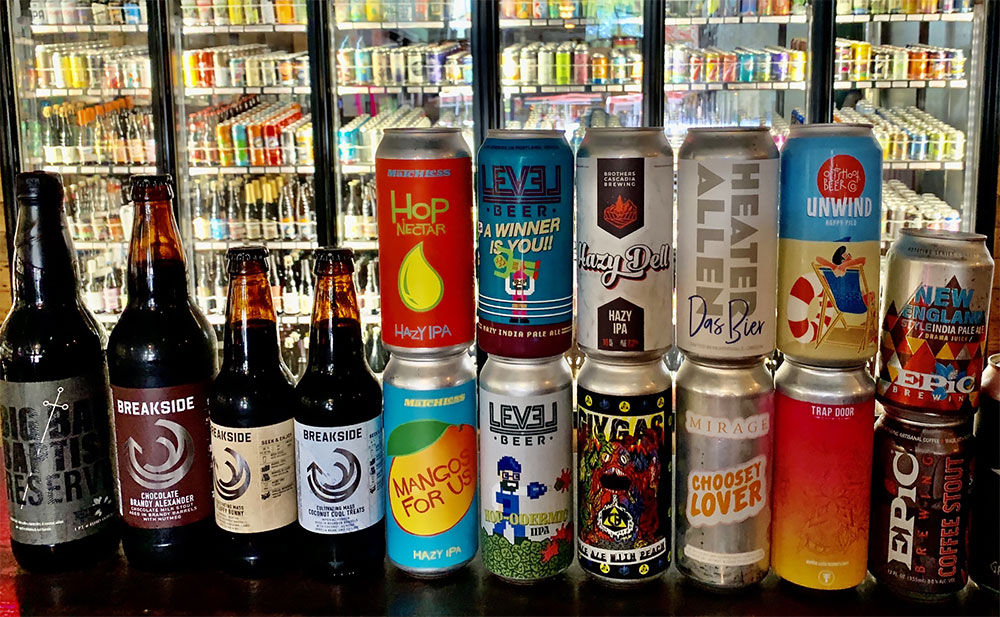 For the craft beer crowd, there can be no better Father’s Day gift than sharing beers. Peaks and Pints New Beers In Stock 6.18.20 offers a bunch of new, really delicious winners to crack open Sunday. Cheers!

GIYGAS PALE ALE WITH PEACHES: “In collaboration with Catalinbread Mechanisms of Music, we have crafted this beer to pair with their new “Giygas” guitar pedal. A groundbreaking new fuzz pedal that is as versatile as it is awesome!” Brewed with Mandarina Bavaria, Sabro, and Mosaic Cryo for a hazy, hoppy pale with a hint of peach without being too fruity or sweet. 5.5%

HAZY DELL: A nod to Brothers Cascadia’s hometown Hazel Dell, the unincorporated area just north of Vancouver, Washington, this hazy IPA has an aroma of peach, pineapple and orange that leads into a dank full body. 7.2%

EAGLE GLOBE & ANCHOR: Juicy hops, melon, pine, papaya, mango and mandarin orange flavors come together in an IPA with a touch of sweetness to bring out those fruit notes. This is a clear line between West Coast with a touch of East Coast flavor. 6.8%

DAS BIER KOLSCH: Heater Allen brewed their interpretation of a traditional Kölsch with a crisp malt character with a touch of hop bitterness. 5.1%

A WINNER IS YOU: “To all you Hazy fans out there let me tell you something: you are in for a treat, this Hazy is big, it’s bad, it’s bold, and it is undeniably the champion! Oh, yeah!!!” 7.2%

HOP-ODERMIC: This imperial IPA pours a bright golden color while the Mosaic and Nelson Sauvin hops give this beer a ton of tropical fruit notes. 9%

MANGOS FOR US: Hazy IPA brewed with El Dorado, Mosaic and Idaho 7 with a touch of Vic Secret hops plus mangos on a bed of flaked wheat and flaked oats. 6.7%

CHOOSEY LOVER: A Nelson Sauvin bomb with Nelson and Azacca Cryo in the whirlpool then double dry hopped with tons more Nelson plus Azacca Cryo, Vic Secret, and Motueka. 6.5%

UNWIND YOU EARNED THIS HOPPY PILS: An American pilsner double dry-hopped with Citra, Nelson, Simcoe and Sterling for a light nose of tropical hops with a bit of pine and citrus. 5.7%