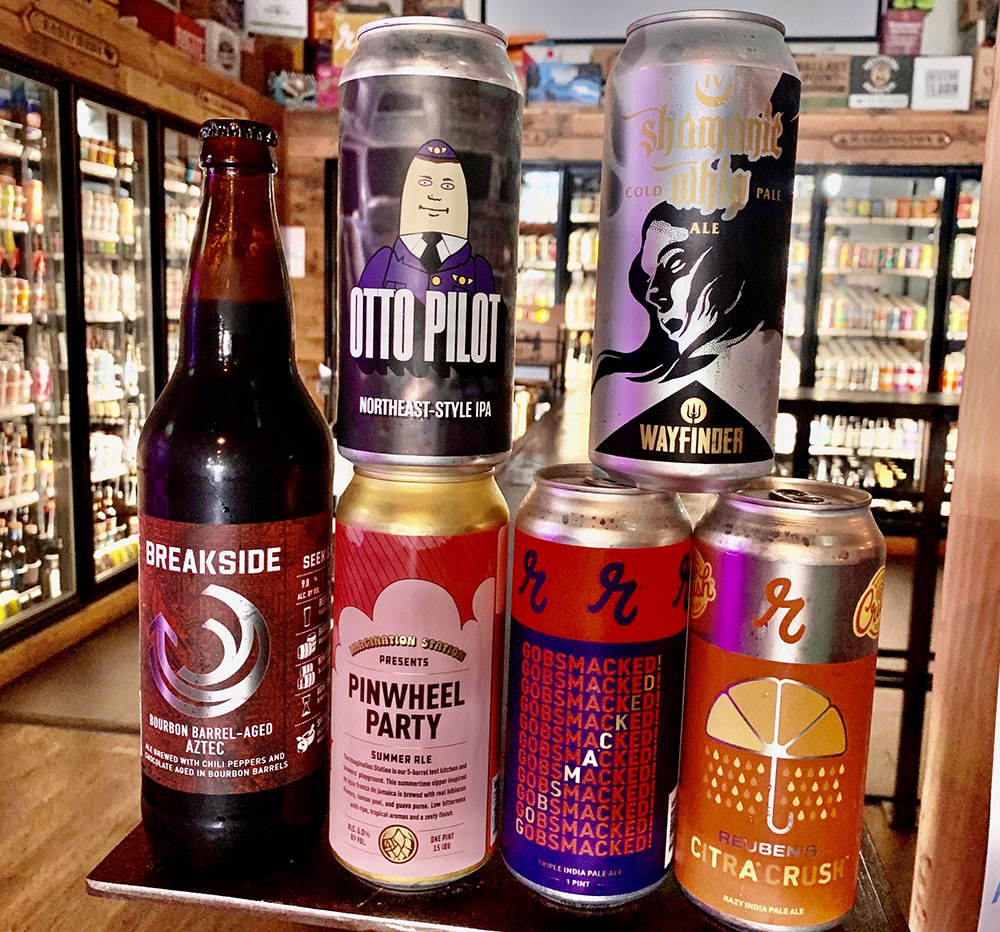 OTTO PILOT: Otto Pilot is a hazy IPA brewed with loads of flaked grains, and generously hopped with Citra, Sultana, and Cascade. Airways Brewing intended to brew it with Morgan Herzog, founder of West Seattle’s Beer Junction, but sadly he passed earlier this year. Morgan’s wife, Allison, gave her blessing to brew it anyway, and since it’s the 40th anniversary of the comedy film, Airplane!, this IPA has landed at peaks & Pints. 6.5%

PINWHEEL PARTY: Bale Breaker fired up their 5-barrel system and created this rose-colored summertime sipper. Inspired by agua fresca de Jamaica, Pinwheel Party is brewed with real hibiscus flowers (added both in the whirlpool and as a dry spice), lemon peel (added in the whirlpool), and pink guava puree (added during fermentation). 6%

BOURBON BARREL AGED AZTEC: This dark ale brewed with chilies and chocolate, and then aged in bourbon barrels drinks too easy for its alcohol by volume. Expect subtle spicy warmth, notes of smoked chilies and cumin, dark chocolate and some cinnamon. 10%

GOBSMACKED TRIPLE IPA: Triple West Coast IPA with peach notes in the nose, and cane sugar sweetness in support. Tangerine comes through in the mid palette, with grapefruit on the back end. A smooth, soft and juicy body provides balance in the finish. 10%