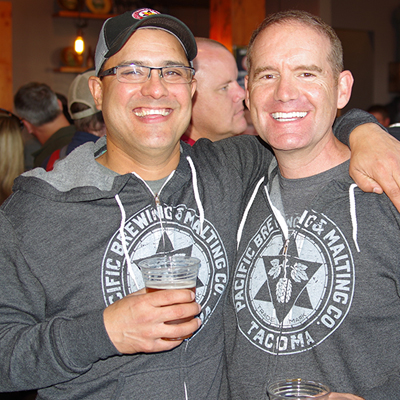 Fun Facts:
>>> Established in 1897, and then closed due to Prohibition in 2015, reopened in Fall 2014. Photographic evidence of Pacific Brewing’s history adorns their taproom’s walls.

>>> Named after a company that was once the second largest beer maker on the West Coast, Pacific Brewing & Malting Co. names its beers after Tacoma historic places and events.
>>> Acquired American Brewing Co. in 2015