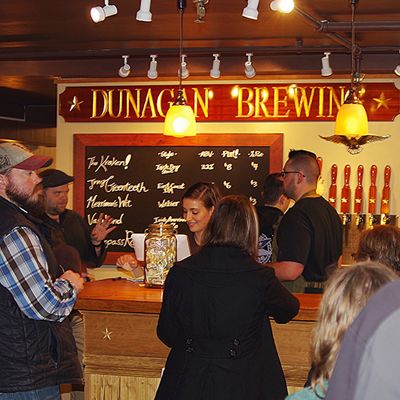 The 2,200-square-foot Dunagan Brewing has a 35-seat taproom, a production room with five fermenters and has begun bottling beer. The downtown Tacoma brewery often hosts open mic and live music.