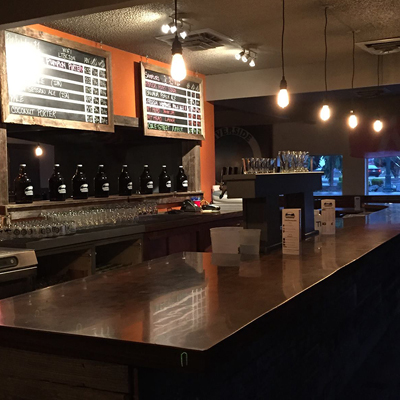 Fun Facts:
>>> Kid and dog friendly
>>> If the Seahawks are on the tube, the brewery will open one hour before the game.

Craig Martinson and friends opened the Lake Tapps Brewing Company Aug. 25, 2014, in the Riverside Pub building next to the Stuck River Bridge in Sumner after years brewing together in Martinson’s garage in Lake Tapps. They still brew on the one-barrel system, but have since added a 4-barrel system. Expect 10-12 Lake Tapps beers on tap in their taproom.