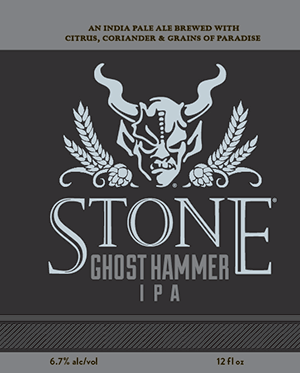 MORNING FOAM FOR MONDAY, MARCH 27 2017: A seven-taster flight of craft beer news, from the fluffy head all the way to the Twittering beer historian. …

PDX Beer Geeks blog attended the Pacific Northwest Homebrewer’s Conference over the weekend. “From the knowledge shared during the seminars, to the product demonstrations from sponsor vendors, to the keynote speeches, and even the casual discussion between participants, the event was a blast to attend. And then there was the beer… oh God the beer.” Read the report here.

Making its debut in bottles next month, Bear Republic’s Fastback Racer will be hitting the shelves in April for a limited time only. A double IPA with full-throttle hoppiness, this beer is packed with intense bitterness and massive hop additions of Citra and Ekuanot.

In June, Stone Ghost Hammer IPA will rise, brewed with coriander, grains of paradise, and blended with citrus. The hop bill is heavy on Belma, Centennial, and Magnum hops.

Tijuana and San Diego have shared a boozy relationship dating back nearly a century. You might therefore reasonably ask why craft brewing started so late in Baja. The reason — as is so often the case — is because of legal barriers.

Springtime ushers in the return of beer festival season, and regardless of which part of the country you call home, chances are, there’s a killer beer fest taking place near you in 2017. From festivals featuring world-class craft beer to unique events highlighting the delightful relationship between food and beer, to beer fests that encourage you to earn your beer calories, check out these 10 craft beer festivals in 2017 to add to your calendar.

Barleywine isn’t the flowery stuff they served Bilbo at the House Of Elrond; it’s the beer the dwarves drank by candle and hearth light while deciding how to breach the Lonely Mountain. It’s a beer for quiet evenings and long stories, and it’s not for the faint of heart.