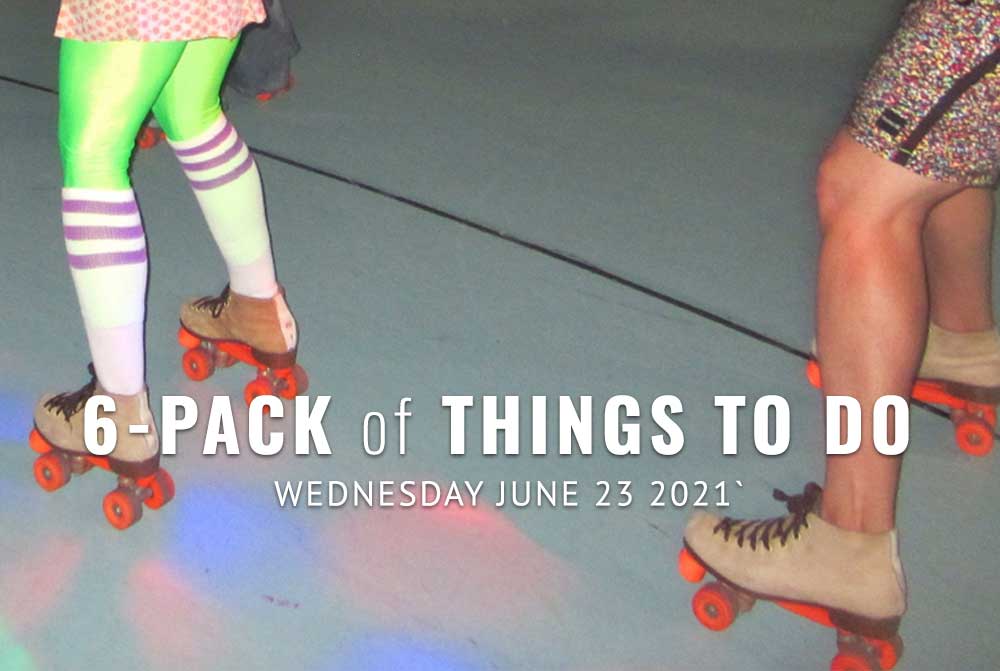 While we wait for the giant iceberg four times the size of Manhattan to breaking off and float into Commencement Bay so we cool off on its surface, here is 6-Pack of Things To Do: Wednesday June 23 2021. Cheers!

ROLLER SKATING: Racing around in circles really fast is fun. Whether on wheels or blades, skating is a cheap and accessible great time. People have laughs by racing, doing tricks or pushing each other down. Handholding couples can go for a spin to show the world just how cute they are. There is no need to hold back if you have never skated before because after just a little practice you can fly on your own. But such adventures are well worth the haul for the guilty pleasure of flashing back to the eighties with The Gap Band. Tonight, Pattison’s West Skating Center hosts an Adult R&B Skate with DJ Graham and Mr. Nyice Guy. 7:30-10 p.m., 34222 Pacific Hwy S., Federal Way, tickets must be purchased online 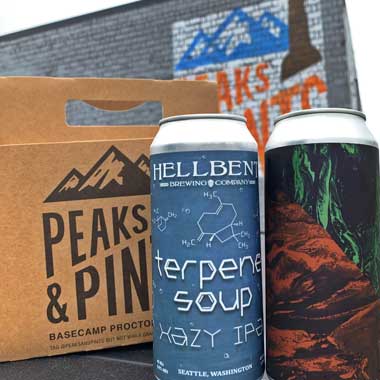 BEER FLIGHT: Terpenes are naturally occurring hydrocarbon chains found in all organisms. These hydrocarbons are made up of building blocks of five carbon chains known as isoprenes (isoterpenes, C5H8). Terpenes are important in brewing for their role in hops, specifically, but not isolated to, its presence in hop essential oils. Throughout the brewing process many of the natural terpenes that come from the grain, hops, and spices are lost. Terpenes are sensitive compounds and when exposed to high temperatures (such as those that occur when boiling wort) the more volatile ones such as myrcene and beta-caryophyllene are damaged and lost. The loss of terpenes can lead to a change in flavor and less aromatic beer. Brewing with terpenes — typically through dry hopping — can bring back and enhance flavors and aromas in craft beer. In particular, terpenes can emphasize dank and fruit flavors in a way that’s bright, balanced, fresh and rounded. Peaks & Pints has two craft beer tagged with terpene names in our cooler. Stop by our craft beer bar, bottle shop and restaurant and terp out on Peaks and Pints Pilot Program: Terpenes On The Fly. 11 a.m. to 10 p.m., 3816 N. 26th St., Basecamp Proctor, Tacoma

FILM: Ellen Burstyn stars as a woman who encounters a clique of elderly mean girls when she moves into a nursing home between houses in the comedy Queen Bees screening at The Grand Cinema today. A love story set in a retirement home is a sweet premise, and when you stack the cast with greats like Ellen Burstyn, James Caan, Jane Curtin, Ann-Margret, Christopher Lloyd, and Loretta DeVine, greatness is expected. 1:45, 4:05, and 6:45 p.m., 606 S. Fawcett, $6.50-$11

FARMERS MARKET: Founded 150 years ago, Steilacoom is the state’s oldest incorporated town. Of its oldest buildings, 32 are listed on the National Register of Historic Places, including houses that look as if they belong on Nantucket, with fruit trees, spirea, rugosa roses, and plots of vegetables. Speaking of vegetables, the Steilacoom Farmers’ Market runs this afternoon with typical market fares and food trucks, including Sgt. Hart’s BBQ Sauce. 3-7 p.m., corner of Lafayette and Wilkes, Steilacoom

MUSIC: The first time Peaks & Pints saw singer/songwriter Jack Parker was when he debuted in Puyallup country rockers SweetKiss Momma on the Weekly Volcano stage inside the Franciscan Polar Plaza ice rink at Tollefson Plaza in November 2014. He rocked the mid-20s temperatures. Jack is back, as they say, performing at The HUB in Gig Harbor tonight. He will be playing his original songs, plus a few familiar classics. All ages, 5:30-7:30 p.m., 1208 26th Ave NW, Gig Harbor, no cover

MUSIC: In the early ’70s, a Japanese musician by the name of Daisuke Inoue invented the first ever karaoke machine. The name karaoke comes from a combination of the word Kara (meaning empty) and Okesutora (meaning orchestra). However, even Daisuke’s Sadist ass couldn’t have fathomed what you can experience tonight at Jazzbones. Rockaroake is the brainchild of George Aragon and Rusty Urie, formerly of Hit Explosion, who employ a rotating group of local musicians to feed their live band karaoke night. While there have been a few bars that have tried hosting karaoke nights with live bands, Jazzbones’ Rockaraoke live band karaoke is one of the ones that has lasted. Sing your heart out. 8:30 p.m., 2803 Sixth Ave., Tacoma, no cover